The newspaper advertisement for the post of “CEO-Sehat Sahulat Program in Pakistan” sought a highly qualified and relevant person. The advertisement mentioned in the job description that selected candidate will lead the “Sehat Sahulat Program” being run in program districts. However there is no mention of contract period for the post. As the name says it’s the post of CEO for a program; which means the program is likely to stay. The National Health Vision 2016-2025 also recognizes Universal Health Coverage (UHC) as top priority among Pakistan’s health objectives. It is aligned with national programs and policies such as the Poverty Reduction Strategy and pro-poor social protection initiatives. 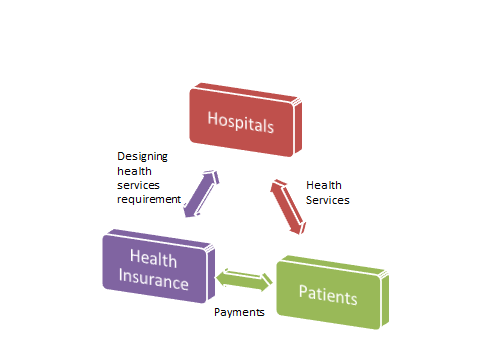 In case of developing countries like Pakistan, new private health care systems are mushrooming. Health care facilities are upgrading from consultations to all under one roof health care solutions. Model is perfect, however like other developing countries Pakistan has an underdeveloped Health Insurance sector. The coverage is very low and that too is limited mostly to employer financed basis insurance protection. That means there is no motivation to top-up by employee him/herself. So it’s a step in the right direction. However after the Eighteenth Amendment in the Constitution, Health is a devolved subject.

Punjab government approved a UHC program for the province’s population by December 2021 with an allocation of PKR 80 billion. KPK had already extended such coverage and Baluchistan government has also followed suit. The Universal coverage in Punjab will be provided by extending Punjab government Sehat Sahulat Program (SSP). The newly developed Punjab Health Initiative Management Company (PHIMC) is running this program. The program has now enrolled more than 5.2 million families in Punjab.

Public financing is essential for Universal Health Coverage to cover people who cannot contribute financially; whereas in case of Pakistan governments are going beyond this target by including all of its population irrespective of affordability (For example Sehat Card Plus by KP government is a Micro-health Insurance Program for all the citizens of KP). On the other hand existing modes of public health spending are intact. In fact increased resources have been provided in this year’s budget. This is unsustainable and inefficient way of allocating scarce public resources. UHC is not simply about health financing, it’s a complete paradigm shift in which private sector provides the services in an efficient and comprehensive manner and government’s responsibility only becomes limited to provision of those medicines, health workers and health facilities which do not exist in private sector.

Present budget allocations are about PKR 815 billion in FY 2021-22 for health spending other than UHC. If we convert even 20% of this into financing for UHC, it will increase availability of about PKR 785 per capita for all of Pakistan. This would increase both the coverage and the scope of health care facilities for the whole population. Besides this would bring in private sector investment in health sector as well. Overall competition would increase the quality of health care and reduce the cost of service delivery which in turn would yield benefit in terms of increased health outcomes of the whole population. Even though we are heading in the right direction, we need some course correction and long-term planning.