Ehsaas Rehribaan Program, a first of its kind public policy intervention in Pakistan, where multiple public and private stakeholders gathered their efforts for sustainable regularization of street vendors. The said program, a survey-based initiative, has covered hundreds of street vendors in different areas of Islamabad and is progressing for inclusion of thousands more. This large underclass of street vendors, shunned by city regulators and exploited by rent seekers, was deliberately kept irregular for extraction of underhand money through a perpetual environment of fear. Buoyed by socioeconomic rationale, Ehsaas Rehribaan Program is the embrace and acceptance of Street Vendors as the integral part of urban fabric and local economy.

This Conference is meant to tell the ongoing story of Ehsaas Rehribaan Program and its lessons for adoption and replication in other urban centers of Pakistan. It will elaborate on the transformational impact on the street livelihood, financial inclusion, environmental sustainability and local economy. Voices from the ground of street vendors will also be the part of the Conference. Ehsaas Rehribaan Program is very much a component of the inclusive development paradigm of the government.

Pakistan Institute of Development Economics (PIDE) and Metropolitan Corporation Islamabad (MCI) jointly organized a conference on the ongoing street vendors’ initiative in Islamabad under the ambit of Ehsaas Rehribaan program. The purpose of the conference was to highlight the transformation of street vending in Islamabad and its lessons for replication in Urban Pakistan. Around 150-street vendors, who are given vending licenses and new eco-friendly carts, did participate in the conference. A high number of officials and representatives from the municipality, government agencies, academia, microfinance banks, and civil society also attended. Dr. Sania Nishtar, SAPM on Poverty Alleviation, was the Chief Guest at the Conference.

In her address, Dr. Nishtar appreciated the first of its kind collaboration between government, academia, and the private sector in structuring a sustainable intervention for providing an enabling environment to street vendors. She mentioned that the Prime Minister has been behind this initiative with his full support. However, the success of the program lies in the integrity of the individuals running the program. She recognized the fact that this initiative is among the most difficult ones among all Ehsaas programs, as it directly shakes up the status quo for saving the poor vendors from an entrenched exploitative system. It creates opportunities for livelihood and contributes to climate change efforts through solar system-fitted carts. She expressed her hope that the program will continue with the pace to cover other areas of the city and later be replicated in other cities of the country.

Zia Banday, the focal person of the Ehsaas Rehribaan program, presented the background and progress of the program. He informed that by covering 177-street vendors in just 4-Markets, the ongoing program has already generated Rs.3.5 million in license fees, Rs.17.5 million in capital investment, and Rs.11.5 million in cart loans. The local street economy of estimated 20,000 vendors has the potential of generating Rs.480 million in government revenues and an annual turnover in the range of Rs.36-43 billion. The program has the strong transparency element attached, which is based upon the survey of only existing street vendors. U Microfinance Bank and Apna Microfinance Bank are the pivots for the program with zero default rate in cart loans to date.

Dr. Nadeem-ul-Haque, Vice-Chancellor, PIDE, elaborated on the potential of the street economy for furthering job generation and economic growth. He mentioned that street vendors are an integral part of society and the economy, and need to be embraced by the government. Hamza Shafaat, Administrator MCI and Deputy Commissioner, Islamabad, assured the street vendors that the local government is gearing itself to support the expansion of the program for its expeditious coverage of street vendors. He recognized the fact about the resistance of traders’ associations to the program implementation, where the government is working to overcome it. In the end, Dr. Sania Nishtar, SAPM, distributed vending licenses, issued by the municipality, among the street vendors of the Ehsaas Rehribaan program. 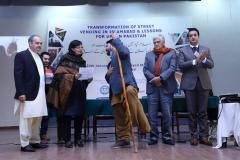 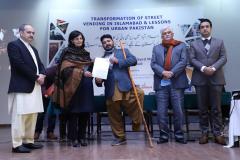 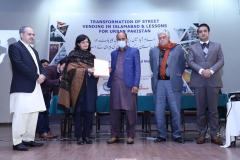 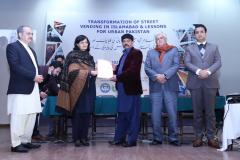 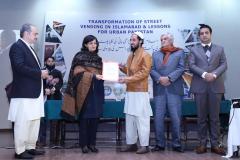 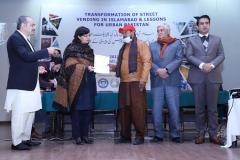 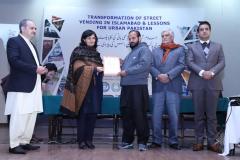 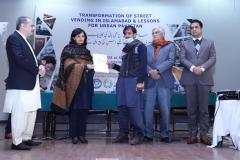 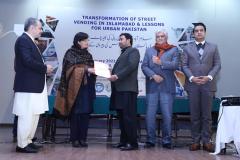 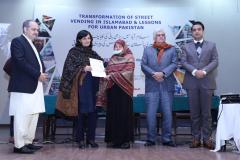 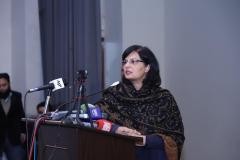 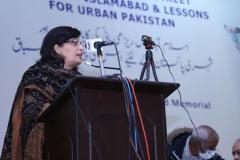 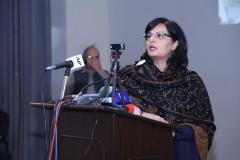 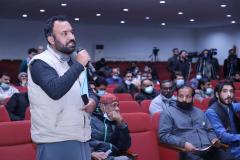 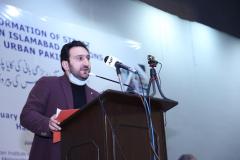 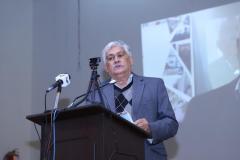 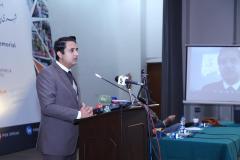 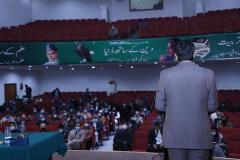